5. The Celtic Times: Irish football before the GAA

Neville was not knocking soccer as a game. His objection was that in a country with a relatively small and disperse population, the last thing rugby needed was for its players to start drifting away to soccer. Well, perhaps not the very last thing, because his  frustration would probably have gone into overdrive when he learned that some of his countrymen were plotting to set yet another code of football loose on the country. 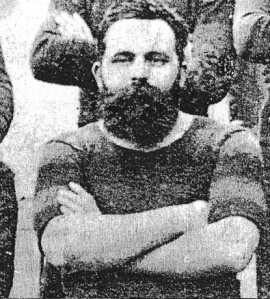 As this chapter shows, that football has ancient roots in Ireland is not to be debated, and in the early 19th century it was probably more widespread on the Emerald Isle than in Britain. But how much does the sport that the GAA created in the 1880s really have to do with the ball games that were played in the island’s distant past?

Here we learn of the arrival of the new English codes in Ireland, and how even the founder of the GAA, Michael Cusack, was a passionate promoter of both rugby and cricket. What caused such a dramatic change in his attitudes?

Discover the often overlooked role of Pat Nally in the backlash against Ireland’s willingness to surrender it own culture to imported British customs, and how this led a pioneering few to battle to put the Irish people back in control of their own sports.

6. PADDY POWER: The GAA and the foundation of Gaelic Football